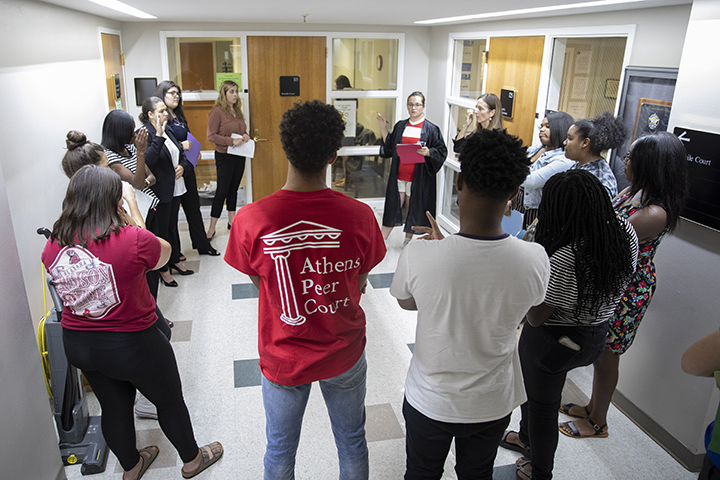 The jury meets with the judge — all of them teenage students — to vote on the verdict after a peer court session in the Athens-Clarke County Courthouse. (Photo by Peter Frey/UGA)

There’s a judge and a bailiff. Attorneys consult with their clients, first-time offenders who’ve committed minor crimes like shoplifting or fighting. Jurors determine how respondents will make restitution for their crimes.

But there’s one distinct difference between this court and others: All the participants are teenagers.

Created by Emily Boness, a public service associate at the University of Georgia’s J.W. Fanning Institute for Leadership Development, and Athens-Clarke County Juvenile Court Judge Robin Shearer, Athens’ peer court has tried more than 580 cases. A partnership between the Fanning Institute, a UGA Public Service and Outreach unit, and the Athens-Clarke County Juvenile Court System, the peer court is in its seventh year. 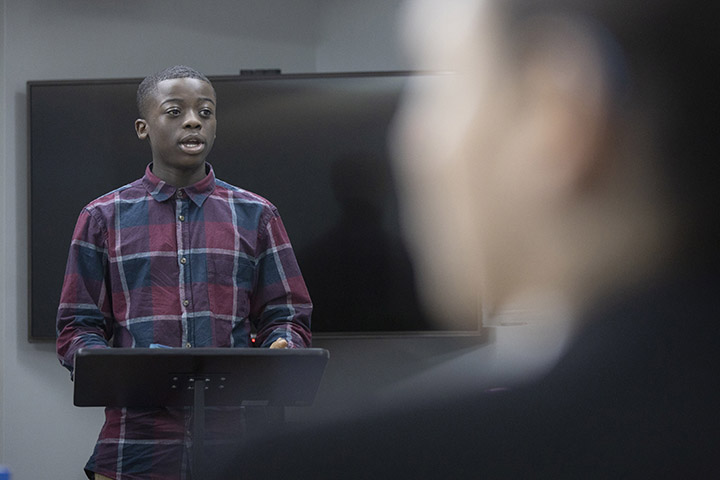 Although such courts are relatively common throughout the U.S., there aren’t many in Georgia. The goal is to hold juvenile offenders accountable while also giving them an opportunity to perform community service that can expunge their records rather than having them serve jail time for minor offenses.

Cases are also heard and decided much sooner than they would be in county court, and the recidivism rate for peer court participants is much lower than the rate for statewide youth offenders.

For Boness and other Fanning faculty who work on the program, it was important that the Athens court was totally led by the middle and high school students. That means continually training new student volunteers from local middle and high schools to serve as attorneys, bailiffs, judges and jury members. The training focuses on teaching students how to interview a respondent (or defendants in traditional court settings), how to craft opening and closing statements, and how to identify aggravating and mitigating factors in a case. 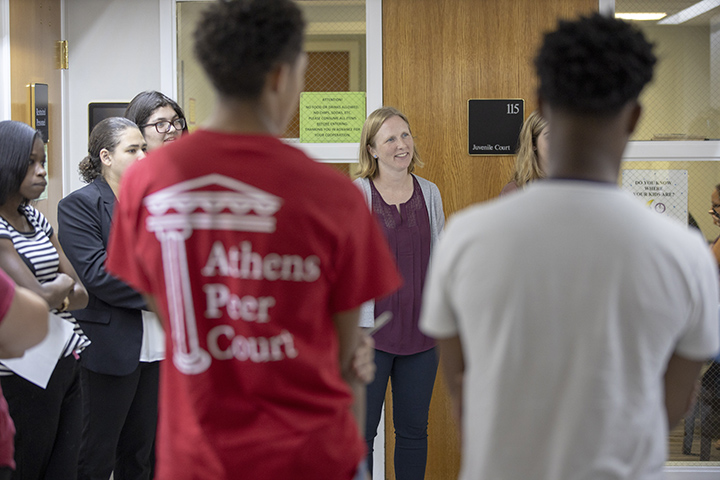 “Peer court allows the youth volunteers to learn practical skills like public speaking, persuasive writing and collaboration towards a common goal,” said Ansley Whiten, a second-year law student. “The first-time juvenile offenders also get a lot out of the program because it gives them a second chance. It still holds them accountable for what they have done, without perpetuating the idea that they are part of the ‘system’ now.”

“We hope they feel a sense of ‘I got to tell what happened. I saw my peers serving in a community leadership role. I was positively influenced by them,’” Boness said. 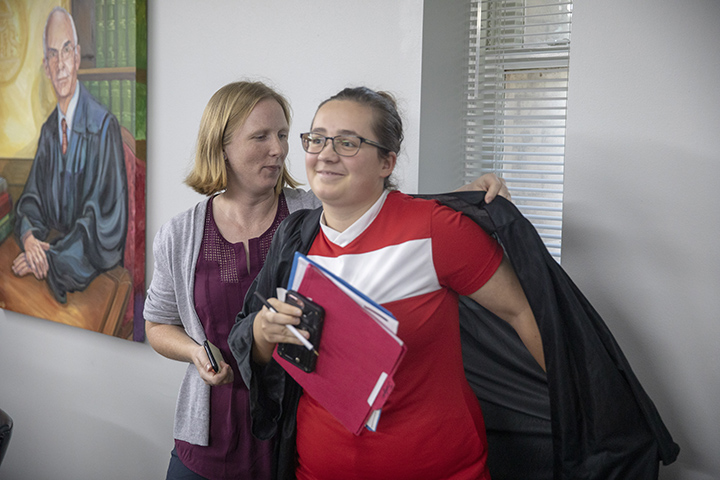 “They see other teenagers in leadership roles, and therefore can see themselves there too,” said Matt Bishop, director of the Fanning Institute. “Peer court would be a great addition to any community’s efforts to develop leadership skills in youth. The process is positive and that helps to positively influence the offenders to stay involved—on the right side of the law next time.”

In total, more than 300 middle and high school students have served on the Athens peer court.

One of those students is Maya Cornish. A junior at Clarke Central High School, Cornish has served on peer court for four years. In addition to being a leadership opportunity, she views peer court as an opportunity to effect change.

“These are peers doing something for each other and just trying to help improve the community,” she said. “We’re trying to teach other kids that they can be so much more. They can actually grow from this experience.”