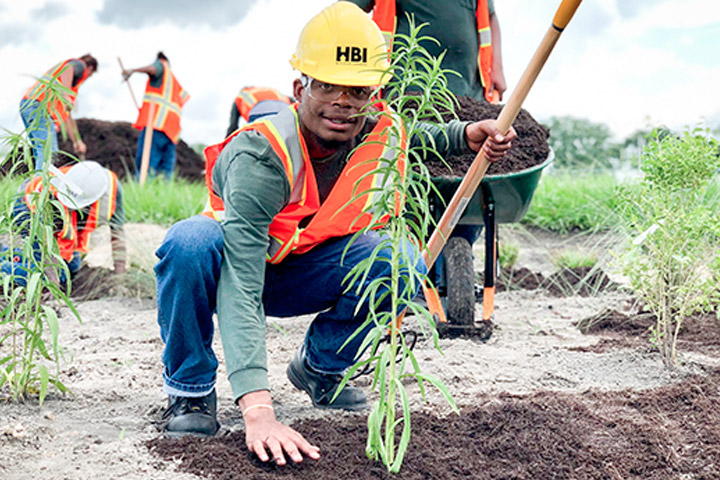 Students participating in a landscaping course through the Job Corps Center in Brunswick assisted with the planting.

The area next to the soccer field at Brunswick’s Howard Coffin Park received a much-needed facelift in the form of native plants and new soil.

Jessica Brown, stormwater specialist at Marine Extension and Georgia Sea Grant, oversaw construction of the site, which is called, in technical terms, a bioretention cell.

“This project will serve as a case study and educational demonstration of a bioretention cell, which is a stormwater management practice that captures and treats runoff,” Brown says. “It’s a form of green infrastructure that helps protect and restore habitat by mimicking the natural water cycle.”

The bioretention cell, next to a tidal ditch, will act as a buffer for the park. When it rains, excess water from the soccer field will flow into the bioretention cell, which consists of layers of sandy soils, mulch and stone. Pesticides, fertilizers and other chemicals applied to the playing field will be filtered out through these layers instead of running directly into the tidal creek.

With population growth and increased land development in coastal Georgia, the use of green infrastructure has become increasingly important because it protects water quality and coastal habitats from pollution. 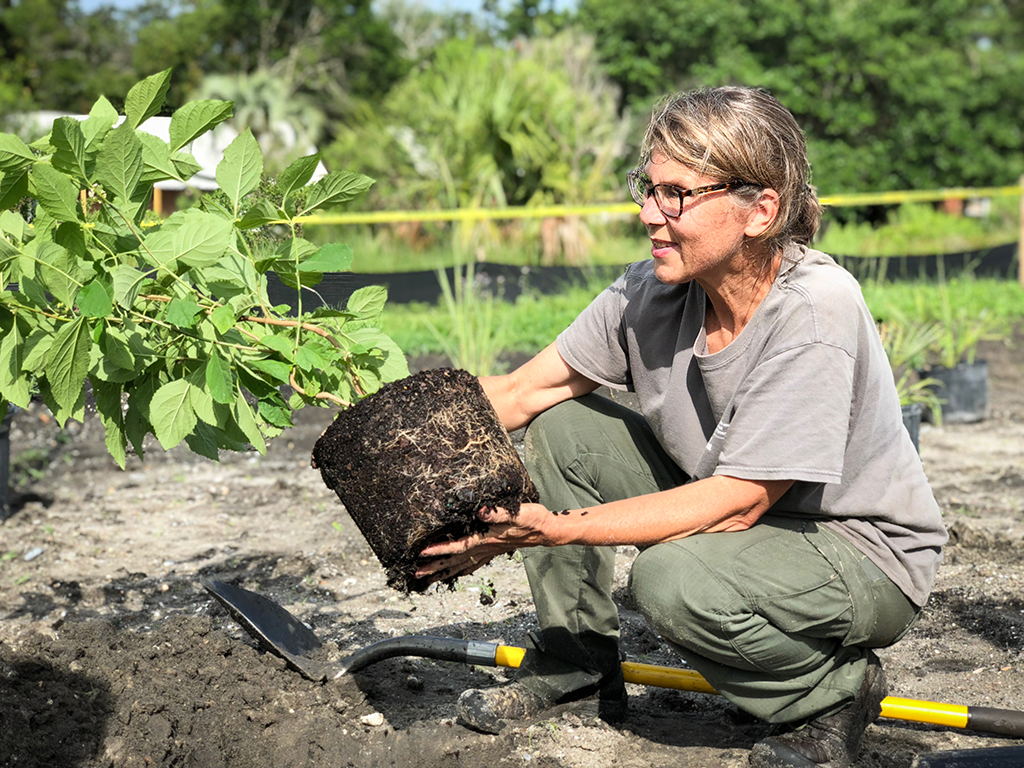 Keren Giovengo, EcoScapes program manager, demonstrates how to plant one of the native plants in the bioretention cell.

“Because of the size of the bioretention cell, I was able to consider a variety of trees, shrubs, grasses and palms for the site,” Giovengo says. “They were selected to provide a diverse array of local deciduous and evergreen species that are low maintenance and can tolerate drought, flooding and salt.”

Twelve students participating in a landscaping course through the Job Corps Center in Brunswick assisted with the planting.

Job Corps, a no-cost education and career technical training program administered by the U.S. Department of Labor, helps young people ages 16 to 24 improve the quality of their lives through career technical and academic training.

“They’re in our program for roughly eight months and we help them earn their high school diploma or learn a trade and become certified,” says Kevin Brandon, landscaping instructor at the Brunswick Job Corps Center.

“We look for as many hands-on opportunities like this as possible because our goal is to get them a job when they complete the course,” he says.

Thanks to help from the students, all 216 native plants were in the ground in less than four hours. 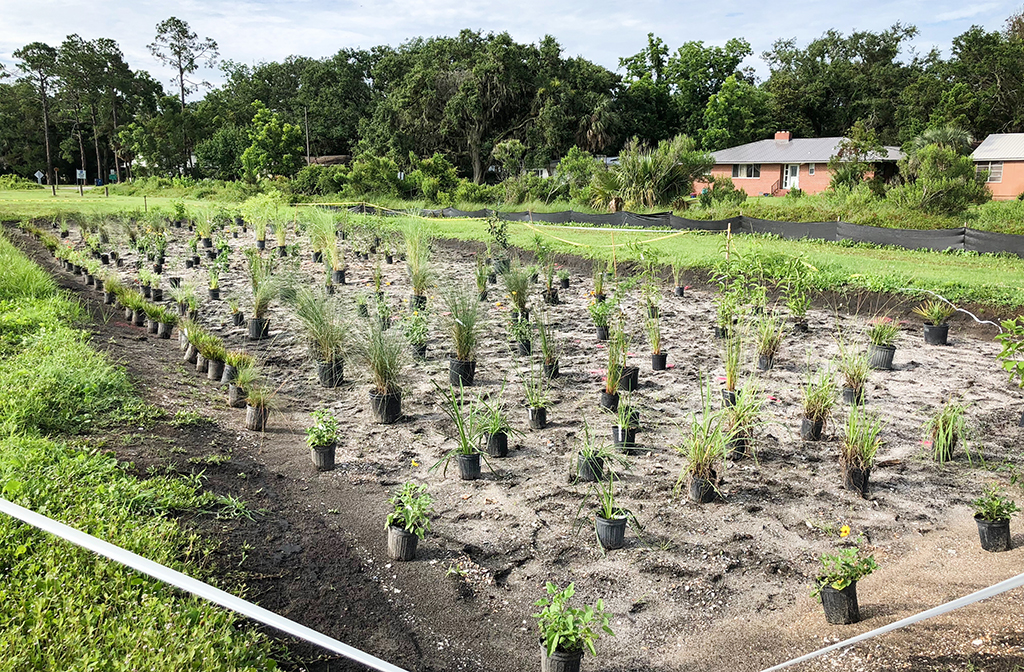 “My hope is that we can do enough demonstration projects, such as this one, to better understand how they perform in a coastal environment and build capacity within the local workforce,” says Brown. “Fostering ownership of these type of practices at the local level will go a long way to support future implementation.”